The North American rail transportation system has a high level of geographic specialization with large rail carriers serving significant regional markets. Each operator has its own facilities and therefore its own markets throughout the segments it controls. The North America railroad system is the result of significant capital investments that occurred over several decades with the accumulation of impressive infrastructure and equipment assets.

Beginning with the establishment of NAFTA in 1994, rail mergers resulted in the participation of Canadian and US carriers offering cross-border services. Canadian National and Canadian Pacific acquired lines in the United States that allowed better connections to downtown Chicago and to New Orleans when CN purchased the Illinois Central Railroad in 1998. Also in 1998, Kansas City Southern purchased Transportation Ferroviaria Mexicana to form Kansas City Southern de Mexico. , which connects the port of Lázaro Cárdenas with Kansas City and passes through the main economic centers of Mexico. The result is a more integrated North America railroad system; the most intensive load distribution system in the world.

Read more: American Rail Freight Shipping; What Is Its Difference

Cross-border services began with the establishment of the North American Free Trade Agreement (NAFTA) in 1994. Canadian National purchased the Illinois Central Railroad in 1998 and is now the only rail carrier in North America to have a tricostal strategy. Also in 1998, Kansas City Southern purchased Transportación Ferroviaria Mexicana to form Kansas City Southern de México.
Railway structures continue to evolve and become more complex as operators seek greater flexibility to meet customer demand, but also maintain operating leverage to maintain economic viability. This is being achieved by allowing multiple access to the infrastructure with the dominant user still in charge and more forms of independent ownership of the infrastructure with authorized users who are tenants with equal access.
Transport Canada is the government department responsible for developing rail transportation regulations, policies and services in Canada. Transport Canada recognizes the integrated nature of the North American rail industry and recognizes Class I railroads.

Related article: What Is Expedited Shipping & Why Would I Need It

US railroads keep America moving by connecting communities, creating opportunity, and supporting growth and success across the country.
Countries without an expanding freight rail network are forced to make difficult shipping decisions about how to meet the needs of growing businesses and industry, forcing them to ship most of their freight by truck on highways every ever more crowded. Here are some advantages of Advantages of the North America railroad system:
• maximum efficiency
American railroads move more than 5,000 ton-miles of freight per person per year. That compares with 500 tone-miles per person in Europe and less than 170 tone-miles per person in Japan. Trains can not only move a large amount of freight at once, but They are also one of the most fuel-efficient means of freight transportation, allowing businesses to use their transportation dollars effectively.
• environmental advantages
A healthy environment is an essential foundation for a strong country and a vibrant economy. On average, trains are three to four times more fuel efficient than trucks. That means moving more freight by rail instead of truck reduces greenhouse gas emissions by up to 75%. Those emissions are directly related to fuel consumption. Additionally, by having the option to ship their freight by rail, US companies can better reduce their carbon footprint and create meaningful global change.
• Positive economic impact
US railroads keep America moving, connecting communities and resources, creating opportunity, and supporting growth and success across the country. According to the Surface Transportation Board, railroads employ more than 100,000 people in the US, which, in turn, helps generate more dollars in economic activity, ensuring a bright future for businesses and communities. American families.
• Security First
The US rail industry continually works to improve processes and invests in new technology to ensure the network is the safest in the world. According to the AAR, since 2000, America’s Class I railroads have spent $439 billion on network maintenance and capital expenditures, while the rate of train accidents has dropped by 34%. These investments also fund new inspection technologies to monitor and maintain infrastructure, including bridges, rail lines, locomotives, and rail cars.

Related article: What Is Expedited Shipping & Why Would I Need It

In 1911, the ICC established three classes of railroads: Class I, II, and Class III. The ICC ranked these railroads in terms of their annual gross receipts. These classifications still exist today despite the abolition of the ICC.
• Class I
As of January 2006, Class I railroads are defined as those with operating revenues of $490 million or more. Class I railroads own the majority of the track in North America, with lines stretching across the entire continent. The monetary figures that classify train classes change over time;
The Class I railroads we recognize today include Canadian Pacific, Canadian National, CSX Transportation, Norfolk Southern, Union Pacific, BNSF Railway, and Kansas City Southern.
• Class II
As of 2011, to be classified as a Class II railroad in the US, the railroad must have a median operating income, which is considered to be greater than $37.4 million but less than $433.2 million over a period of time. minimum of 3 consecutive years. Regional railways are usually class II railways.
• Class III
Class III railroads have operating revenues of less than $20 million annually and have not been reclassified since 1991. These railroads are short-line railroads that serve only a few cities or industries. Class III railroads can carry cars for different companies and were once branch lines for larger railroads. Many railways of this class are owned by railway holding companies.

Read more: Rail Logistics Services Know Anything About Its Advantageous And Usages

The North America railroad system consists primarily of freight shipping, with a well-integrated network of private standard-gauge freight railroads extending into Canada and Mexico. Passenger service is mainly public transport and commuter trains in major cities. Once an important and vital part of the country’s passenger transportation network, intercity passenger service plays a limited role compared to transportation patterns in many other countries. The United States has the largest rail transportation network of any country in the world. 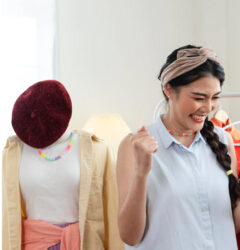 Amazon Marketing Techniques You Should Consider in 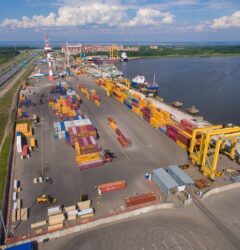 What are the key factors to the successful eCommer

How to Enhance Customer Loyalty And Fulfillment Experience

What is Stock Storage in 3pl Logistics